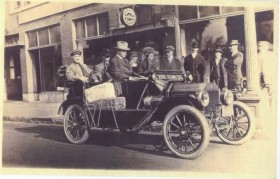 Second Avenue & 14th Street  Sometimes there’s a postcard that allows our imagination to play.  This is one such card.  It was hard to identify, but there were clues.  First, the sign hanging on the building says “Brown’s Business College.”  Then there were the words someone had scrawled on the back of the unaddressed and … [ Continued 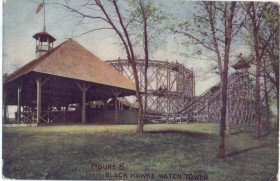 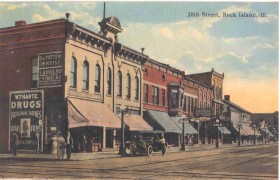 This circa 1910 postcard is identified only as “20th Street, Rock Island, Ill.”  But 20th Street is long – how could we identify the photo more precisely?  Since these are obviously commercial buildings, the geographical area was limited to downtown.  And noting all the awnings, it was apparent that these buildings had to face either … [ Continued 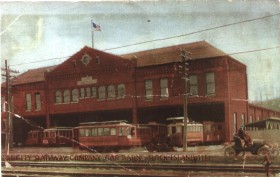 3448 Fifth Avenue They were known as street railways, and the streetcars that followed those rails were much like a train, except they were only one car long.  For forty years they created a steel network that extended well outside of our major city limits. One could hop on a streetcar in Rock Island and … [ Continued 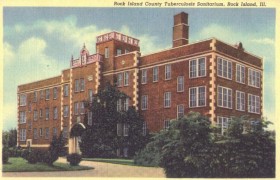 2122 25th Avenue  The plague of tuberculosis, usually called TB, is all but forgotten, thanks to modern antibiotics. As recently as the early 20th century, it was the leading cause of death for those between the ages of 15 and 45. There was no effective treatment for TB until the mid 1900s.  Today TB, nearly … [ Continued 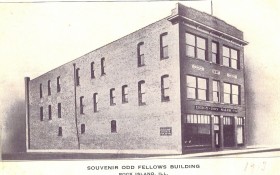 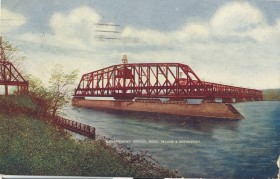 Have you ever wondered, as a massive freight train lumbers overhead when you are crossing the Mississippi on the Government Bridge why that train is above rather than beneath you?  The answer:  So the train won’t scare the horses. Warm summer days can be wonderful, but there’s at least one downside for many Quad-Citians.  The … [ Continued 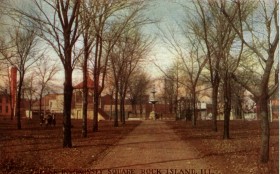 5th – 6th Streets & 3rd – 4th Avenues  We think of Rock Island as a city of parks, especially large rambling parks.  But a century ago, parks and public spaces tended to be much smaller and more formal. This postcard, from around 1910, depicts such a park in its heyday.  It is Garnsey Square, … [ Continued