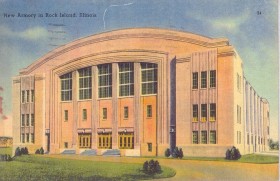 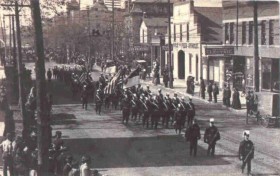 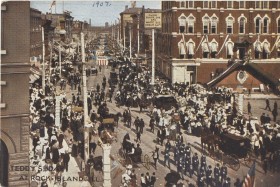 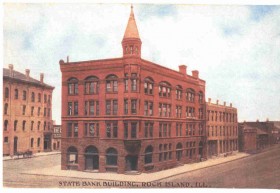 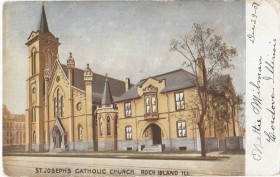 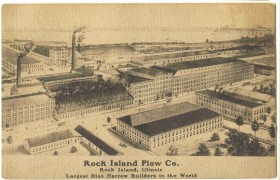 Vicinity Second Avenue & 6th Street  This story begins about 1855.  For over a century, it was a roller coaster ride, climbing upward in good times with good-paying jobs, then hurtling down to hard times and unemployment.  But it was always exciting and newsworthy. This postcard from Richard Iverson’s collection shows the Rock Island Plow … [ Continued 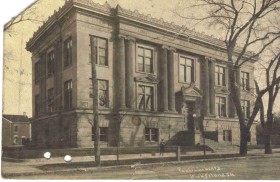 19th Street & 4th Avenue Because this postcard is a “Real Photo,” it is an accurate representation of the Rock Island Public Library, which was built in 1903.   And although it’s nearly 100 years later, very few things have changed in this view of the building on the corner of 19th Street and 4th Avenue, … [ Continued 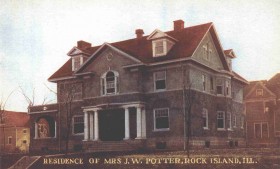 1906 7th Avenue  This postcard shows the familiar home on 7th Avenue in Rock Island that was the home of one of the most prominent business women in Rock Island history, Minnie Potter.  Minnie was only 32 and a mother of 3 when her husband, J.W. Potter died in 1898.  When the Potter family sold … [ Continued