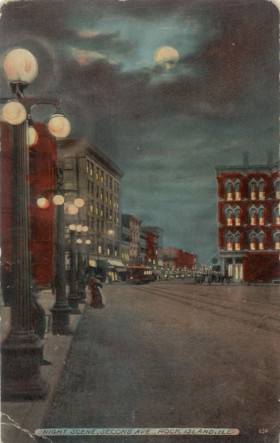 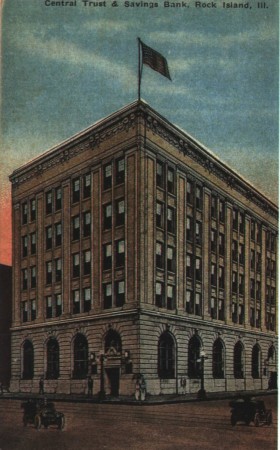 230 18th Street In Rock Island’s early years, it seems that there was a bank (or two) at every downtown intersection. This postcard shows one of the finest bank buildings constructed in our area.  Even today, it looks a great deal as it did when it was built in 1914 on the northwest corner of … [ Continued 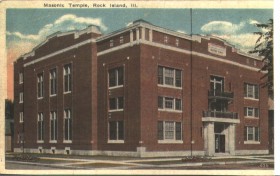 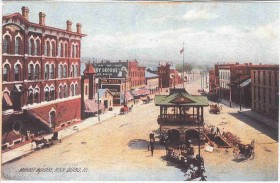 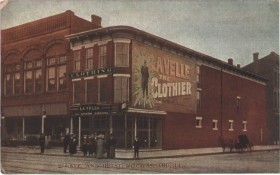 Second Avenue & 18th Street You might not believe it – but both of the buildings shown on today’s postcard are still standing on one of downtown Rock Island’s most prominent corners.  Yes, they have changed a bit.  But since today’s appearance was created between 1925 and 1950, the buildings are still considered historic. Thanks … [ Continued 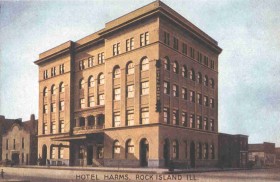 18th Street at First Avenue There is another postcard on this website showing the inside of the Hotel Harms Tap Room.  This postcard shows the exterior of the hotel that once stood at the northwest corner of 18th Street and First Avenue.  It was built for – and named after – owner Lothar Harms.  Mr. … [ Continued 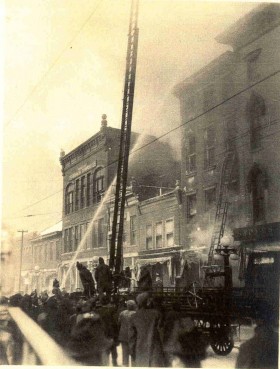 Ben Harper was one of Rock Island’s early leaders and entrepreneurs.   He came to Rock Island in 1850, at the age of 33.   By 1854, he was elected mayor, and he also served president of the Board of Education.  In 1870, he built the Harper House, a five-story luxury hotel with 100 rooms and elegant … [ Continued 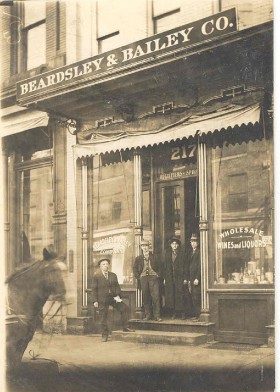