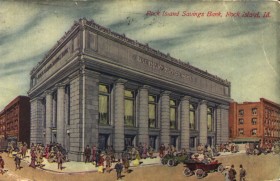 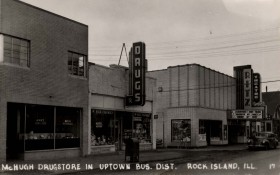 14th Avenue at 38th Street As Rock Island grew and expanded up the bluff, small retail centers developed concurrently to serve the new residents.  Our Real Photo postcard showing 14th Avenue near 38th Street is from the Special Collections at the Augustana College Library.  It was mailed – and probably created — by downtown photo … [ Continued 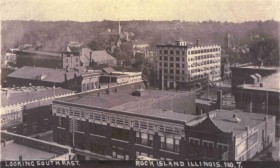 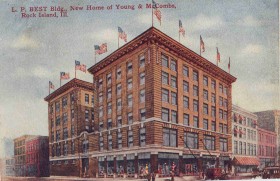 1701-1707 Second Avenue  In 1908 there were several new buildings being built in downtown Rock Island: the Safety Building, the London (Quad City Arts) and the Best Building as depicted in the post card above from Greg Binder’s collection.  The Best Building, named for owner Louis P. Best of Davenport, replaced an old Italianate building … [ Continued 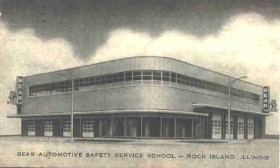 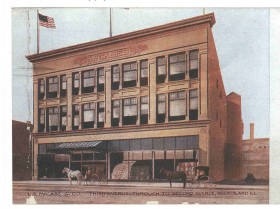 1713 Third Avenue For decades, McCabe’s Department Store was a downtown Rock Island institution.  With multiple locations, it became the standard for retail, even challenging larger chains with its customer loyalty. Our colored postcard from Shannon Hall’s collection shows the “new” L.S. McCabe’s building at 1713 3rd Avenue.    Although postmarked 1911, the same picture, complete … [ Continued 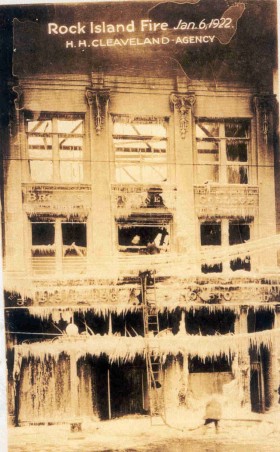 1715 Second Avenue  It’s not a pretty picture, this postcard captioned “Rock Island Fire.”  What was clearly once a beautiful building is in ruins, icicles hanging like curtains before gaping window openings.  Why would an insurance agency create a postcard of such devastation?  We found this Real Photo postcard in the Special Collections of Augustana … [ Continued 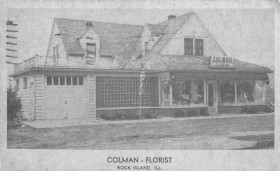 2754 12th Street It’s not uncommon for a young man to follow his father into the family business.  But when five generations of sons and daughters continue the family heritage, it is noteworthy.  And that is the story of the Colman Florist family, whose business and home are shown on our postcard today. The tale … [ Continued