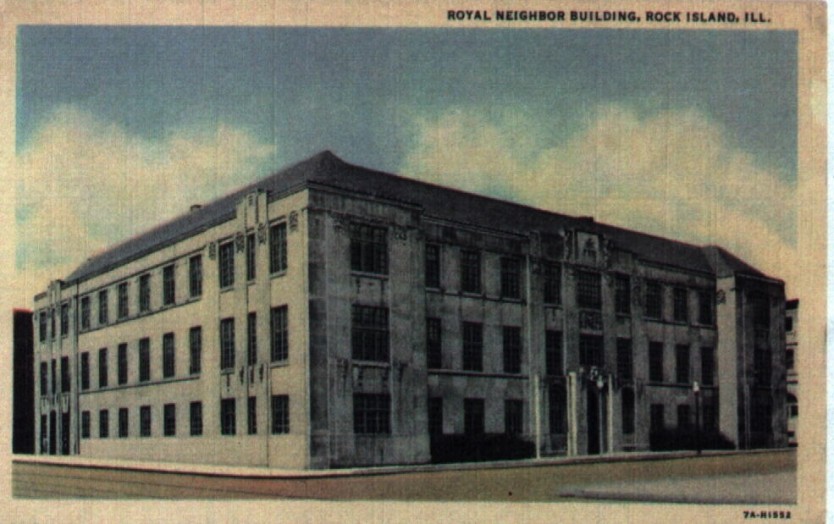 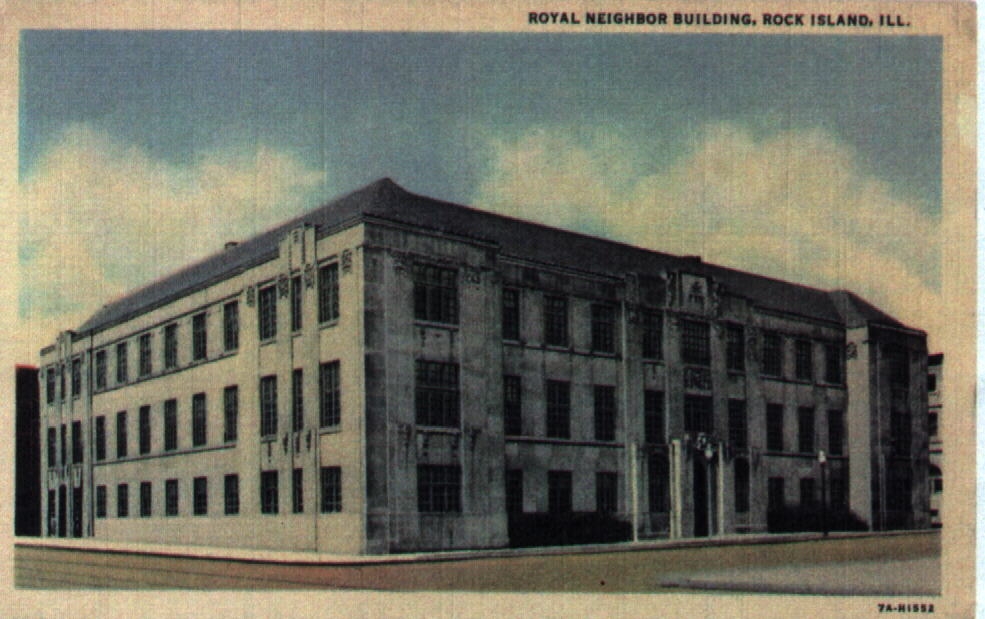 For much of modern history, women’s organizations functioned as a subsidiary to a men’s organization.  And indeed this is the way the Royal Neighbors of America (RNA) began in Council Bluffs, Iowa, when the wives of Modern Woodmen of America (MWA) were invited to meet for a social in 1888.  Soon, the women called themselves an auxiliary to the local men’s camp.

And shortly thereafter, they reorganized as a secret society, naming themselves the Royal Neighbors.   The name  reflected their belief in the nobility of being a good neighbor, using the word in the biblical sense, “Far better is a neighbor that is near than a brother that is far.”

A few years later, the secret society changed to a fraternal benefit society.  While there were many such societies at the time, there was one big difference here – women were in charge at RNA.  In order to ensure that “good neighbors” could help more people, RNA instituted a life insurance policy available to women.  This was unprecedented.  Although men were usually the breadwinners, the loss of a mother was often equally devastating to a family.  A mother’s insurance could ease the financial burden and offer the father more options to keep his family together.

The experienced leaders at MWA provided assistance to RNA in setting up its insurance operation.  Incorporation was in Illinois in 1895, where RNA established its Supreme Office in Peoria.  In the beginning, membership was limited to those ladies between the ages of 17 and 45 years who were related to a MWA member, meaning RNA was still an auxiliary to MWA although it did operate independently.  But RNA became truly independent in 1903, when bylaws were changed to permit any female to qualify for membership.

In 1908, encouraged by our city, RNA moved to Rock Island, occupying the entire sixth floor of the brand-new Safety Building. A few years later, the Supreme Office moved into a large house previously used by the Rock Island Club, on the northwest corner of Sixteenth Street and Third Avenue.  Records were still maintained and stored in the Safety Building because the house was not fireproof. As early as 1925, RNA was considering their own building.  The year-end edition of the Argus shows a proposed structure designed by local architects Cervin & Horn.  It is remarkably similar to the design ultimately constructed., even including the Mansard roof.

In 1928, the brand new Supreme Office shown on our postcard replaced the earlier house.  It was designed by the nationally known architectural firm of Pond & Pond, Martin & Lloyd from Chicago.   The two Ponds were brothers and their designs are noted for exceptionally well-detailed craftsmanship.  The building clearly reflects the Art Deco era in its deceptive simplicity.  The uncommon Mansard or Second Empire roof is green slate, while the walls are of ultra smooth Bedford limestone accented by vertical projections and recesses.  The sleek street-facing facades have simple yet intricate relief carvings at the cornice level.

If the building looks like a discretely dressed lady, the main entrance on 16th street form the plumes on her hat and the gaily-colored scarf at her chin.  Exuberant in its display, it fairly calls us to stop and gaze at its splendor.  At the top, fluted pilasters, flat columns protruding only slightly from the building wall, frame the five-petaled RNA emblem, and a pair of low relief carvings of men and women that represent the spiritual and physical aspects of the “Good Samaritan.”

At the lower level, another stone carving embraces the round arched doorway.  The pair of semi-nude reclining women with three cherubs was designed to represent womanly neighborliness, as well as sympathy and protection.  The sculptress was Nellie V. Walker who an affiliate of Lorado Taft’s Midway Studio in Chicago.  Although she was nationally known, many of her commissions are located in the midwest, including the Lincoln family monument in Indiana.

Within the main entrance arch is another artistic achievement: Magnificent bronze doors and transom cast in a filigree arabesque design.  Despite their 75 year age, they glow like new, a testament to the quality of the original materials as well as loving maintenance.

The only modification to the building’s exterior is in its windows, where the original multiple-paned sashes have been modified to incorporate large panes of tinted glass.  However the pattern of the original muntins that divided the glass into small panes has been maintained by imitation dividers behind the large glass sheets.

Comparing the building to our postcard, the unchanged appearance is amazing, even though the postcard dates from 1937.   Royal Neighbors has been an exemplary steward of the marvelous architectural masterpiece they built and call home.  We thank them for being a good neighbor.

There’s more to the RNA Supreme Office, but we suggest you take a look for yourself.  Before you go, pick up a free copy of “Rock Island’s Modernistic Architecture” at our library or city hall and read more about this historic structure.

This article by Diane Oestreich is slightly modified from the original which appeared in the Rock Island Argus & Moline Dispatch on October 20, 2002.