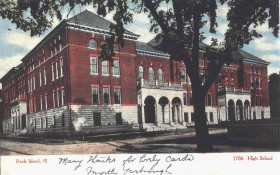 21st Street & 6th Avenue From the earliest days, there were schools in the tiny settlement that would become Rock Island, but they were private and usually quite small. Academic … [ Continued 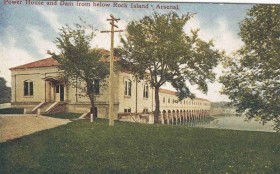 South Side of Arsenal Island Some look at a flowing river and see beauty.  Others see raw power ready to be captured.  The waters of the Mississippi River have enormous … [ Continued 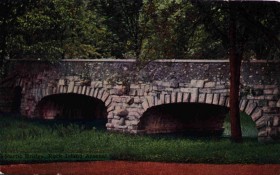 Arsenal, South of Golf Course Does today’s postcard represent a local scene?   This stone bridge with its two wide arches resembles those of medieval origin, traversing any of a number … [ Continued 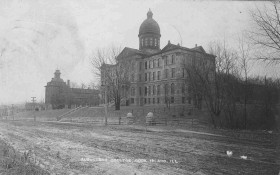 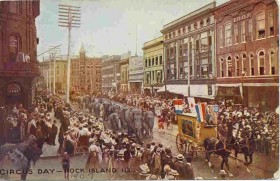 Second Avenue W from 18th Street Oh, the excitement!  On Rock Island’s normally staid downtown streets, where men wore suits and a woman was never seen without a hat, there … [ Continued 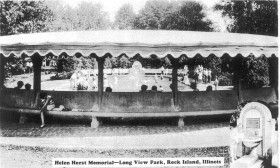 Long View Park Rock Island’s location at the junction of two major rivers is enviable.  But rivers are a mixed blessing, especially where children are concerned.  Playing or swimming in … [ Continued 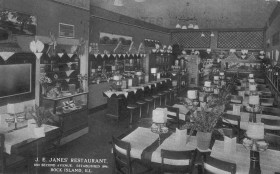 1810 Second Avenue If the holidays find you in charge of providing a nice meal for many unacquainted people, take a tip from the Janes family.  In their restaurant, shown … [ Continued 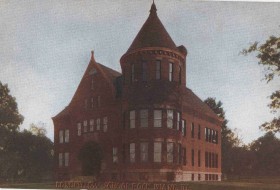 7th Avenue at 41st Street In the 1890s, E. H. Guyer promoted a new city linking Rock Island and Moline that he called Keystone. Although that dream city of 60,000, … [ Continued