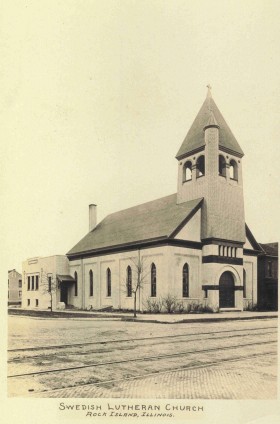 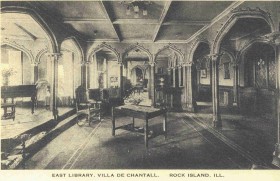 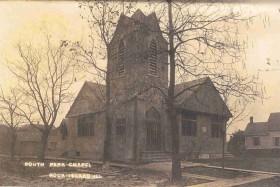 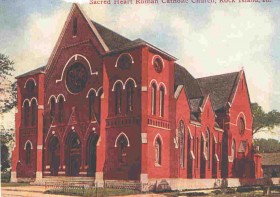 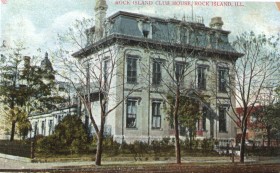 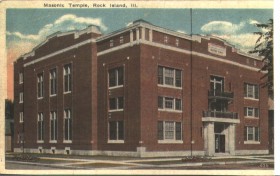 420 18th Street This circa 1915 postcard shows the Masonic Temple at the northwest corner of 18th Street and Fifth Avenue that had been built only two years earlier.  It … [ Continued 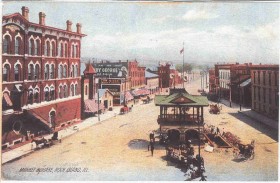 17th Street & 2nd Avenue One postcard story was about a 1906 view of the Market Square building decorated for the Farmers National Congress.  This is another postcard from the … [ Continued 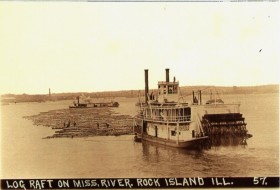 West from 15th Street  For over a century, the Mississippi River has been a means of conveyance, floating huge objects to a final destination.  Nowadays, it is barges, tied together … [ Continued