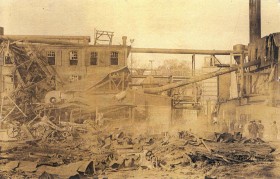 26th Street near Mississippi River The special midnight edition of The Argus headlined, “Worst Fire in City’s History Involves Loss of Over $500,000.”  The aftermath of that fire is shown … [ Continued 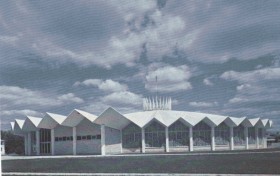 31st Avenue at 24th Street From the air, it looks like a child’s snow angel.  From street level it is surprising delicate, with its pleated roof and many stained glass … [ Continued 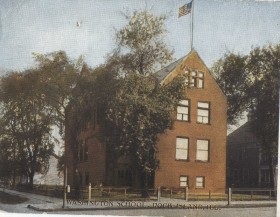 SW Corner of 3rd Avenue and 13th Street The full history of Rock Island’s Washington School — the grade school, not the junior high on 18th Avenue that we know … [ Continued 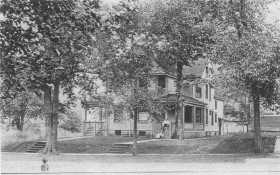 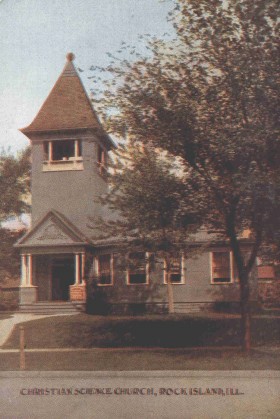 829 23rd Street (817 23rd Street) The Christian Science religion started by Mary Baker Eddy in Boston is of fairly recent origin.  The official founding of the church as we … [ Continued 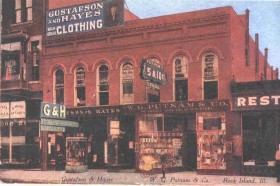 1714-16 Second Avenue Of course you have seen these buildings in downtown Rock Island. You can easily find them.  You don’t even need to look up their locations in early … [ Continued 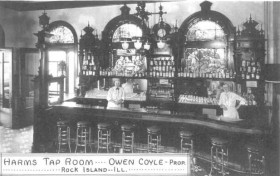 18th Street at First Avenue  Before we explain our postcard today, we must tell you a bit about Rock Island’s Hotel Harms. In the near future we will give the … [ Continued 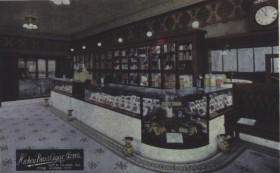 Third Avenue & 18th Street  There’s an old saying, “shirtsleeves to shirtsleeves in three generations.”   In the case of the Hickey Brothers Cigar Stores, it took only a single generation … [ Continued